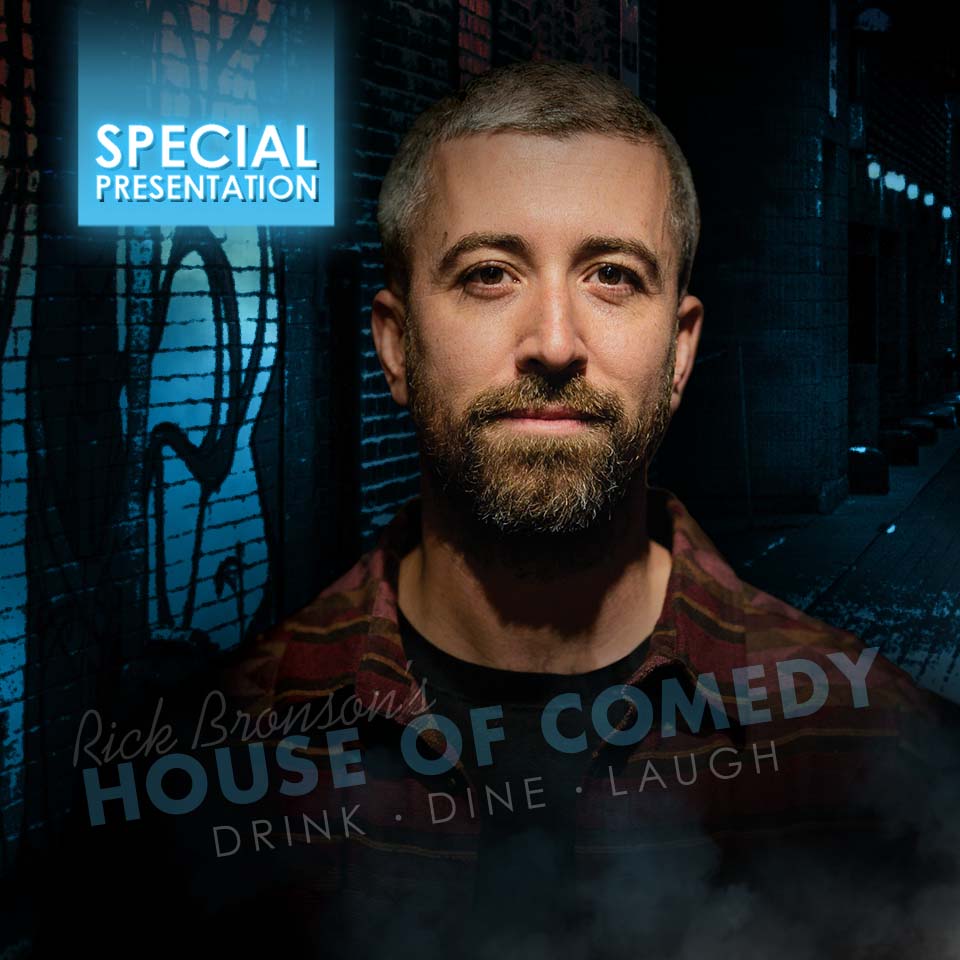 ** 2 Menu Item Minimum Per Person in the Showroom**

Mike Cannon is a New York City based comedian, podcaster and actor. In May of 2022 Mike released his second Independently produced comedy special - WHITE PRIVILEGE HOMELESS - on Youtube where it received thousands of positive reviews from fans, comedians and critics alike. His debut comedy special – LIFE BEGINS – was released in January 2020 on YouTube and earned a spot on Laugh Button’s Top 35 Comedy Specials of 2020. The album – LIFE BEGINS – was released February 2020 through 800 Pound Gorilla Records. It was recognized as one of Interrobang’s Top 11 Albums of 2020 as well as one of Sirius/XM Raw Dog Radio’s Top 10 Comedy Albums of 2020. Recently, Mike earned critical acclaim for his acting as the lead role in the feature film Timing on Amazon Prime. Mike’s first comedy album – I Think It Just Kicked In – debuted at #1 on the iTunes comedy charts and #7 on Billboard comedy charts and has over 5 million streams on Pandora.

Mike appeared as a guest on the popular Barstool Sports series Friday Night Pints and Answer The Internet, a guest on Comedy Central’s Stupid Questions with Chris Distefano, an actor on Blake Griffin’s Double Cross on TruTV, a panelist on Comedy Central’s The Nightly Show with Larry Wilmore, a talking head on TruTV’s Greatest Ever, a sketch performer on TruTV’s Top Funniest, a comedian panelist on MTV’s Failosophy and Money From Strangers, a regular guest on Fox’s Red Eye, a talking head on MSG’s The Bracket, and was a contributing writer and performer for MTV2’s Guy Code. He is a regular guest on several Sirius/XM Radio shows including The Jim Norton and Sam Roberts Show, KFC Radio, Barstool Radio, and Barstool Breakfast, The Bonfire with Big Jay Oakerson and Dan Soder and Bennington.

In March 2017, Mike performed stand up on AXS Gotham Comedy Live with host and comedy icon (and first time stand-up performer) Fran Drescher. He was a finalist in the 2016 and 2014 New York Comedy Festival’s “NY’s Funniest” contest. Previously, Mike hosted the long-running Irish Goodbye Podcast and the popular weekly web-series The Weed News with Mike Cannon. He was a co-host of Cosmopolitan Magazine’s series Sexy vs Skanky and a featured performer on VH1’s Why Am I Still Single?

Mike is always developing new material. He regularly tours the country, and, when home, he plays all the major New York City clubs including the Comedy Cellar and New York Comedy Club. It makes no difference to him whether he’s performing in a club, a bar, a casino, an elevator (done that twice), a parking lot, a rooftop, on a fake beach in front of a freight train, or in technically-legal underground speakeasies, comedy is his life. Mike is dedicated to making the majority of you laugh and the rest of you confused, yet oddly satiated.