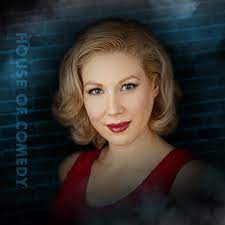 Larke Miller is a Vancouver based stand-up comedian, actress and filmmaker. She began her career as an actress in her teens. Her love of comedy and interest in writing led her to Los Angeles where she was accepted into the Groundlings program. It was in Los Angeles, that she began performing stand-up comedy.

Larke's soft spoken and feminine style belies her provocative observational humour. Larke's writing is satirical and ironic. Early on in Larke’s stand-up career, she was selected as a Los Angeles finalist on NBC’s LAST COMIC STANDING. This led to her comedy being seen on THE TONIGHT SHOW on NBC. Larke went on to perform stand-up on THE LATE LATE SHOW on CBS. Larke has also been featured in a COMEDY NOW Special for CTV/Comedy Network. Recently Larke recorded a Gala Stand-Up performance for the 2020 WINNIPEG COMEDY FESTIVAL, to air on the CBC network.

Larke made her directorial debut with the SCI-FI RomCom short film PLUTO. The film had it’s international premiere at the 2020 JUST FOR LAUGHS Festival in Vancouver. Larke also wrote, produced and starred in the film. PLUTO, has gone on to screen at festivals internationally, including the Berlin Sci-Fi Festival.