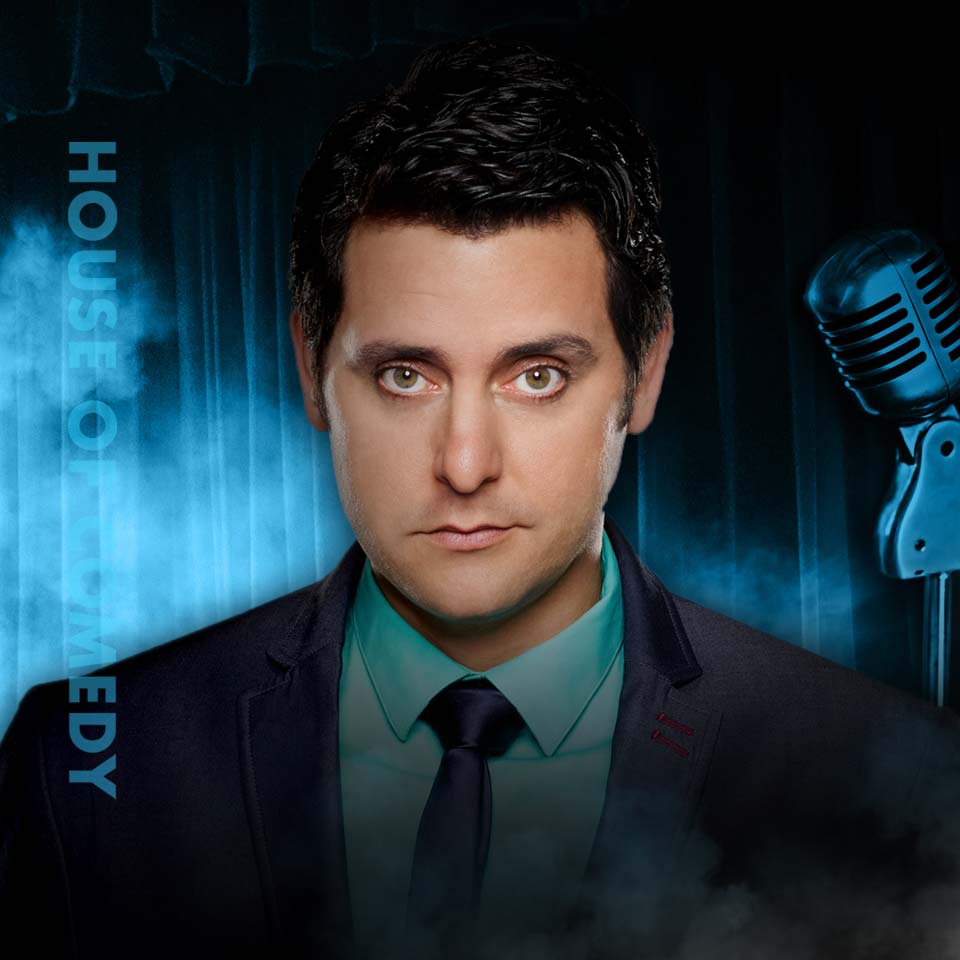 (There is a 2 item min per-person in the showroom)

Ben Gleib was named by TBS one of the "funniest comedians working today."

He’s the host, head writer, and executive producer of the Emmy nominated "Idiotest" on Netflix. The hit comedy brain teaser game show originally had four seasons and 210 episodes on Game Show Network, and was their most watched original show.

For 7 years he was one of the stars of “Chelsea Lately" on E! with over 100 appearances on the roundtable. He currently can be seen in the “Jay and Silent Bob Reboot” movie, along with Kevin Smith, Jason Mewes, Chris Hemsworth, Rosario Dawson, Ben Affleck and Matt Damon. Recently he pulled a prank on David Beckham for “The Late Late Show with James Corden” which got 27 million views.

His hilarious hour-long stand up special "Ben Gleib - Neurotic Gangster" which premiered on SHOWTIME is currently on AMAZON PRIME and is now available for free on YOUTUBE.

Gleib is also the first comedian to ever live stream a full headline set on Facebook Live, and did it in 8 straight cities on his 2016 tour, 100% improvised, getting almost 4 million views. His act is full of unique material, but he's also one of the best at crowd work, improvising with the audience on the spot. (Maybe don’t sit in the front row if his shows.

As an actor he recently guest starred on “American Princess”, an hour dramedy on from Jenji Kohan (Orange is the New Black, GLOW.) He also did a memorable guest star on an episode of the E! scripted series "After Lately” and can currently be seen in the feature film “Be Like Trees” on YouTube.

He was a regular on "The Today Show" with Kathie Lee and Hoda, with over 25 appearances, and you may have seen one of his appearances on "@Midnight with Chris Hardwick" on Comedy Central, or as a correspondent on “The Arsenio Hall Show”.

He has toured sold-out arenas all over North America with both Chelsea Handler and Dane Cook, has been headlining comedy clubs around the globe since 2007, and has performed on "The Late Late Show," “Last Comic Standing," “Stand Up and Deliver” and twice on "Last Call with Carson Daly". He is constantly on tour, and is likely performing soon in a town near you.

An accomplished voice over actor as well, Gleib is one of the stars of Kevin Smith's "Jay and Silent Bob's Super Groovy Cartoon Movie," is the voice of Marshall the Sloth in "Ice Age: Continental Drift," (the #2 animated movie of all-time internationally,) and voices Dali in "The Book of Life" starring Channing Tatum. His voices have also appeared in "Phineas and Ferb," and youtube series "The Melvin Bros."

In 2007, he starred in the primetime NBC hidden camera comedy series "The Real Wedding Crashers," a show in which he played multiple characters. The show was then also seen on Bravo and Style Network.